Debbie began riding at the age of eight and has been a devoted rider her entire life. She was a member of the Covered Bridge Pony Club and competed numerous times at the Pony Club National Championships. She has successfully campaigned several horses to the upper levels throughout her career, including Wild Bill Cody a fox hunter that competed at the Intermediate level. A few notable events from their career are a 10th place finish at Radnor in the CIC** in 1998, and in 1999 a 10th place individual finish and 3rd team finish at the North American Young Riders Championships CCI**. Her next horse Amiano, competed successfully from Beginner Novice through Intermediate. They began to train with the renowned Ralph Hill in 2003 and successfully completed two CCI*'s before his career was cut short in September 2008. Debbie's current upper level horse, Maxfli, came from Second Stride in early 2009. They are currently competing at the Intermediate level. Debbie was a working student for the Gold Medal Olympian Torrance Watkins in her younger years. ​Debbie has ridden with many world-renowned trainers including: Buck Davidson, Jan Byyny, Jimmy Wofford, Jim Graham, Alex Gerding, Leslie Law, Mark Combs, Lynn Coates-Holmes, Missy Ransenhousen, Denny Emerson, Phillip Dutton, Lucinda Green, Michelle Gibson, Peter Grey, Jennifer Hollings and Dorothy Crowell.  Debbie's eventing instruction centers around setting attainable goals while maintaining equal progress in all three phases of eventing.​ For more information or to find out about the lesson progam contact Debbie at 502.608.5117 or visit DMI Eventing.

Sarah Younger is an instructor with almost two decades of riding experience. She now coaches the Hunt Seat team for the University of Louisville, the same team she rode on for four years while earning her B.S. in Equine Management.Sarah teaches private and group riding lessons at Stone Place Stables in Prospect, KY. She also offers summer riding camps. Sarah’s goal is to teach her students to enjoy and respect horses.Sarah was a member of the United States Pony Club for 18 years and achieved her C3 rating. She is still active in Covered Bridge Pony Club and encourages her students to get involved in the organization that taught her so much. Click here to learn more about Sarah or give her a call at 502.938.0556 to learn more about the program.

fast facts About the instructors

Stone Place Stables offers lessons for riders of all levels and ages, from beginner to advanced. For those just starting out we have a variety of lesson horses available. This allows us to match the ability of the rider to the horse ensuring a positive result and continued growth in a safe environment. In addition to lessons we do have other activities that those starting out can get involved with including weekly summer camps, horse shows, the local chapter of the United States Pony Club and many other equine organizations.

​For those starting out we recommend Sarah Younger who is excellent with beginner riders of all ages and backgrounds. For those that are a little more advanced Debbie Iezzi is the recommended instructor. 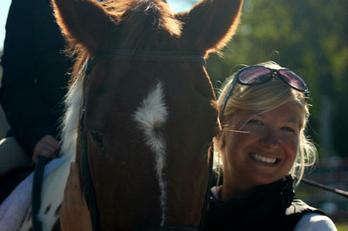